Don’t Miss Out on Your Riverstone Dream 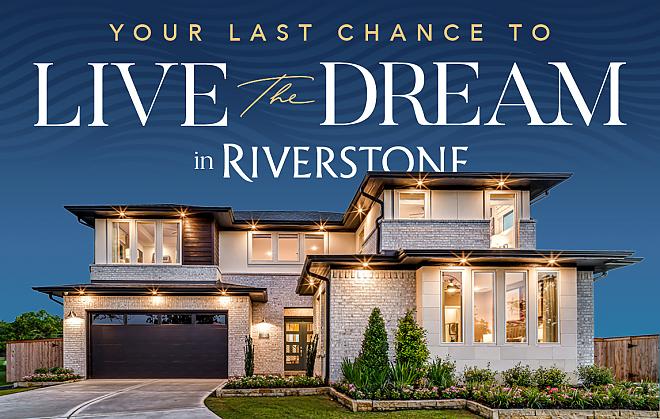 If you are ready to live the dream in Riverstone, don’t delay. Homes are selling in our very last section — and they are selling fast!

A gated enclave surrounded by lush, picturesque landscapes, Avalon at Riverstone adds even more reasons to love life in the suburbs. Residents enjoy paved walking trails as well as a neighborhood playground, and because the neighborhood is gated, only those who live there have access to it.

For more than two decades, thousands have chosen to make Riverstone their home. In that time, our community has featured prominently on lists of top-selling communities, frequently being ranked as No. 1 in Texas and among the top 10 across the nation.

Stop by our model homes to find out how you can live the dream in Riverstone today.