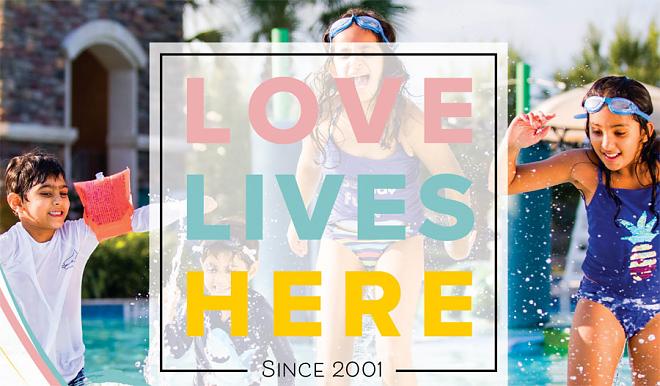 The first Riverstone residents moved in 20 years ago, ready to live in beautiful new homes surrounding pristine lakes and near parks, open spaces and other amenities.

Many more followed our Riverstone pioneers and today more than 6,000 families call the community “home.” For many years, Riverstone ranked among the nation’s top-selling master-planned communities, appearing four times in the top 10. Robert Charles Lesser & Co. lists Riverstone tied for No. 8 on the top-selling communities for the 2010 decade.

The same things that fueled growth in Riverstone more than a decade ago are still features today’s buyers and residents enjoy — generous amenities, a Sugar Land address, excellent schools (including an on-site elementary) and a vibrant lifestyle that creates a true sense of community.

There are more than 200 acres of lakes in Riverstone, and these waterways flow through the community, offering many opportunities for lakeside living. The Club at Riverstone rivals the finest country club, and offers a resort pool, large fitness center, elegant event space, splash pad, tennis courts and the picturesque Big Adventure Park.

Riverstone boasts two more pool complexes, more tennis courts and many more parks and playgrounds. A 3.5-acre Bark Park caters to four-legged family members and Central Park is a 4-acre space where children can play, explore and climb a treehouse. Wetlands Park is an even bigger space — 9 acres of land offering a hands-on experience for children to learn about wetland flora and fauna.

An on-site lifestyle team plans exciting resident events throughout the year, many of which — such as the July 4th fireworks and summer luau — have become beloved traditions.

And as we celebrate 20 years of Riverstone residents, we are also marking the approaching end to new-home development in our community. Just four builders currently offer new homes in Riverstone — The Manors by Westport, Taylor Morrison, Darling Homes and Westport. Pricing is from the $390,000s to the millions. If you’re looking for your forever home, look no further and visit us soon.